‘I’m chronicling my road trip adventure for CEAT Tyres in association with BlogAdda June 2015: “A road trip?” “Yes, a road trip through the mountains and valleys and plains and it was for us, 2 women celebrating almost 35 years … Continue reading → For those who wants to read a bit of history of our traditional cuisine from Bengal: https://travellingwingsblog.wordpress.com/2016/05/26/stew-or-jhol-the-bangali-way-to-a-healthy-summer/ From my Grandmother-in- law and Grandma’s kitchen: To continue with the story as to who were responsible for steamy stew, here are 4 … Continue reading →

Stew or Jhol- The Bangali way to a healthy summer. When I talk food, it’s not everyday food that interests me, but the exotics and unknown which has been a part of our cultural cuisine but was seldom mentioned. But nowadays when everyone is writing about everything, these dishes and … Continue reading → So where was I? In Kargil of course. On our journey from Srinagar to Leh, via Kargil. After being stuck in Srinagar for 2 days, it was time for us to be bold and courageous and start our much coveted … Continue reading → I have a serious disconnection with titles like ‘6 road signs that will have you crack your ribs’ and a subtitle ‘The 6th one is the most hillarious’ . Hence, I write stories, experiences which brought a smile on. The … Continue reading → Delhi. To write about Delhi is indeed a nostalgic trip for me as I am reminded of my pre-independence life in that city. Jokes apart, it is not as emotional as City of Joy or as meticulous as Mumbai, but … Continue reading → And then it was….. Sela Pass- Through the entire Himalayan range ‘La’ means a pass. In ladakh, I came across Zoji-la, Namik- La etc. and here in the Eastern Himalayan Range there was Se-La. Situated at the altitude of 13700ft; … Continue reading →

Posted on February 29, 2016 by Travelling Wings The beginning. “Tawang!” “Tawang?” “Yes Tawang.” This was a conversation which I was having with my sister in law who stays in Assam and had been long trying to lure me into a trip to Tawang. For me, only one … Continue reading →

Cuisines of Kashmir: The lure of the Baked Goodies

Posted on February 7, 2016 by Travelling Wings Kashmir & The legacy of Baking. The bakeries in the valley carry their own flavor. The shelves are lusciously enriched with variety of bakery products like Katlamas, Kulchas, Khamira Bread, Modur kulcha, Khatais and Bakerkhanis. The products took on a … Continue reading →

With notun gur and pithey comes Boi Mela to Kolkata every year. This is the high of winter time in Kolkata. Since I had started blogging, I have been really keeping my eyes and ears open for any other story telling celebrations in Kolkata other than Boi Mela. Apeejay Kolkata Literary Fest had been a worthy forerunner to Boi Mela for sometime now. This year I got my chance to be a part of it with the Calcutta Instagrammar’s group, with a talented and thriving group of photographers & photo bloggers covering the event. I for one immensely enjoyed my discoveries about Kolkatan’s love for books and literary meets, with this group. Kolkata just loves to celebrate books,films and any  Expressions of  creativity. I managed to catch some candid moments while the celebrities when they were arriving for the inauguration ceremony at Nandan. Aparna Sen, Kalyan Ray,Ben Okri, Barun Chanda, Anjum Katyal, Shobha De, Ms.Maina Bhagat, Debajyoti Mishra and many more. 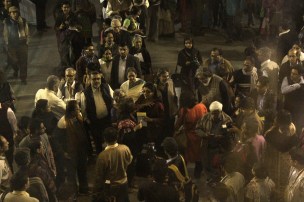 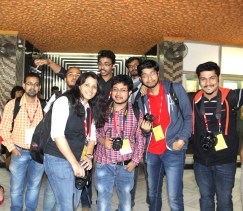 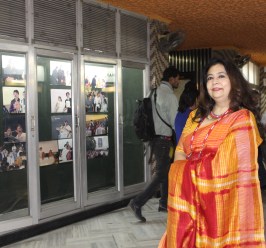 Anjum Katyal, with the volley of stars. 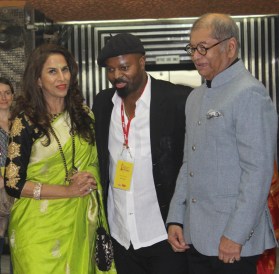 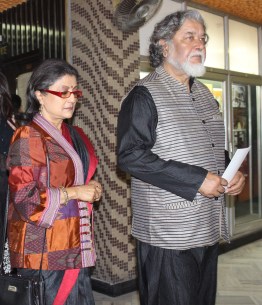 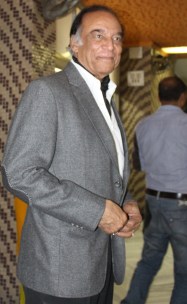 The stalwarts in art: Barun Chanda 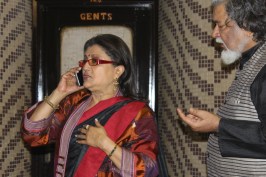 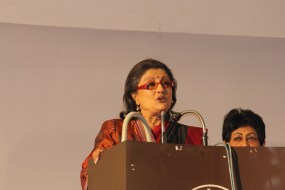 the speaker in Limelight. 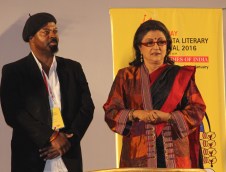 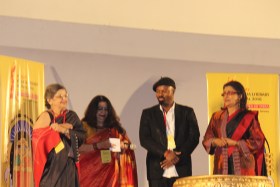 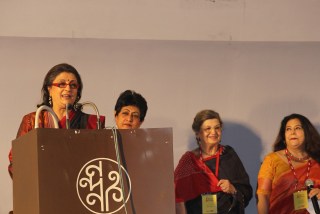 All in the same hue 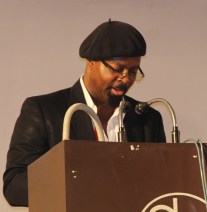 The master of the craft-Ben Okri

The unity in diversity 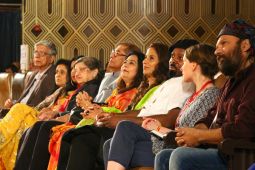 The movie was premiered in the presence of the esteemed audience and the film’s lead actor Shri Anjan Dutta. Some of the other crew members including Neel Dutta,who has composed the music in the film, was present too. The movie as usual left an impact. Ben Okri was at his eloquent best and spoke at length about his ‘Indian’ experience. The festival had begun with all glitters such an occasion deserved. The three days ahead was going to be full of buzz and all the venues promised some goodies. Different venues in the selected are agog with people, events and views.  Kolkata is reunited time and time again with its love- Literature. 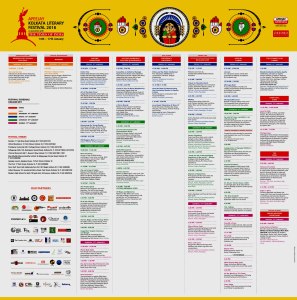 Write up and pics: Mohua Roy (leaving one).