Deprecated: Function split() is deprecated in /home/travellingwings/public_html/wp-content/plugins/wordpress-hit-counter/image.php on line 66
 Stew or Jhol- The Bangali way to a healthy summer. | Travelling Wings

Stew or Jhol- The Bangali way to a healthy summer.

When I talk food, it’s not everyday food that interests me, but the exotics and unknown which has been a part of our cultural cuisine but was seldom mentioned. But nowadays when everyone is writing about everything, these dishes and recipes do get mentioned here and there. So here I am joining the bandwagon.

The stew that always was:

Be whatever it is, the medicine man and the elders in the family will always say, “Have stew and you will cure”. Now I was a bit curious about how the stew got to be the medicine for every ailment that could  possibly be there. Apparently this wonder food was invented as early as 4th century where this dish was a part of Roman kitchen.

Having grown up in Delhi with both the parents being ‘Bangal’ (for my readers: Bangal is a term used for people who are originally from Bangladesh and had settled in West Bengal or anywhere else in India after partition of Bengal in 1947) earthy cuisines were a constant factor in our lives. ‘Ghoti’ people (those who never had to be displaced as they were well settled in India) were rather tilted towards spicy rich food. Even their vegetable stew or ‘shukto’ had mustard paste and ‘ghee’ (clarified butter) in it. Both the sides had wonderfully cooked cuisines and I still believe that a Bengali or a Bangali has more sense of taste and is experimental with food than any other part of our country, but then I will be severely chided as my friends from other states would claim to the contrary. But who in the whole world would make wonderful non-veg dishes with peels of vegetables (non-veg variety available too)!

All that is light in taste is ‘Bangal’:

Nowadays when we are jumping, sighing, running, sighing some more, performing yoga, aerobics and Zumba, to be ‘health’ conscious and trying to adjust our palate to the BMRs, I am quite impressed by the platter that we already have in our very own traditional food serves that can be categorized as ‘diet food’. The reason being that almost a sizable number of them are ‘proverbial’ stews of vegetables and meat. No wonder our grandmothers never gained any weight although they consumed rice and carbohydrate rich natural food almost every day. It was that wonder that is called stew or as we call it ‘jhol’.

The advent of light cooking style in Bengal was mainly because of two factors. One, the weather condition and second the socio-cultural background. The weather is predominantly summer with 3 monsoon months, where bacterial infection in stomach is very rampant. The hot and humid conditions is also a big deterrent to spicy cuisines. But we Bangalis persist in our pursuit of happiness in oil fries ‘Telebhaja’ chops and ‘rolls’ with the help of ‘Famtac, Gelusil, Metrogyl, Carmozyme’ the thriving brands of digestives in the market.

But there was a golden period in the history of Bangali cuisine, when we could make tasty eatables from absolutely any vegetables and in some cases even a mish mash of  the peels could be used for starters. Bengal cuisine has a unique stamp of its own style of cooking which is quite different from other states and yet has a whole lot of influences from the far and wide corners of the world. Here are few influences in pre-British era, as advent of colonial powers saw a massive infusion of ‘English’ food in our social diet. 😀 The interiors of the general house hold, mainly the kitchen, which were predominantly controlled by the matriarchal head of the family with the help of her daughter/sister in-laws, did never allow the ‘ingrej’ to intervene in their unique cooking style. Except for ‘tea’ and ‘paruti’ i.e bread.  Even today in Kolkata, there is a huge milieu of people who scoff at bread, and the process of eating bread is often referred to as ‘paruti chebano’ as in keep on chewing endlessly on a piece of bread. These people are very grumpy indeed and would not agree ideologically with our pizza and burger eating generation.

Out of Turkish, Portugese, Dutch,English, Chinese, Burmese, and many such influences on the Bangali platter, I shall mention three major influences to suit the purpose of my post. There are six different tastes to which the Bengali palate caters to, sweet, sour, salty, bitter, hot and koshay (thick gravy). You can check for the whole list here.

Bengal cuisine as mentioned above went through lot of metamorphosis under many influences. The main influences were: 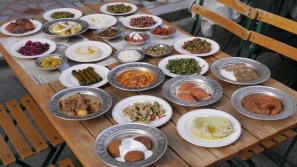 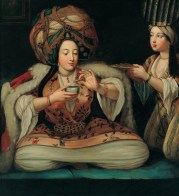 The Turks: With Muhammad Bakhtiyaar’s advent into Bengal in the year 1243, the Turks started establishing their hold on Bengal. Their first inroad was in Nadiya as horse dealers and soon they became rulers uprooting the quiet pleasure loving Hindu kings of Bengal. Their rule on some parts of Bengal continued with advent of Lodhis and then Mughals till 1760 in spurts and patches.

Their contribution to Bengal cuisine was the use of: Basil, aniseed (saunf in hindi and mouri in bangla), bay leaf(tejpata), cardamom, cinnamon, cloves, cumin seeds, coriander, fenugreek and poppy seeds and meat of every variety. Rich in spices too. 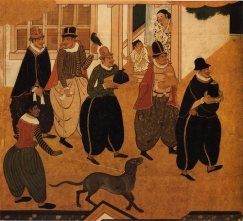 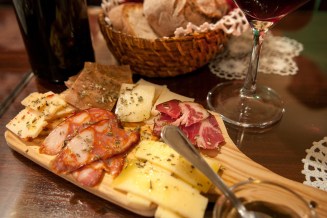 The Portugese:  Portugese first visited Bengal in 1517, almost 33 years after Bartholomew Diaz landed in Calicut on the east coast of India. Till then Turks, Lodhis, and Mughals had reigned over Bengal. They came by sea way as the chief port at that time was Chitagong and capital was Gour. Slowly and slowly they settled down in Bengal and by 1670’s there were 20,000 Portugese and their descendants in Bengal. 300 of them were pure blood and rest a mix. Areas which they occupied were Satgaon (Porto Grande’), Chittagong, Banja, Dacca and other parts.

Their specialties were the preparation of sweetmeats from mangoes, oranges, lemons, ginger and pickles. Portuguese bakers were known for their cakes and refined crispy pastries. Meat preparations, specially cold cuts was again their listed specialties. 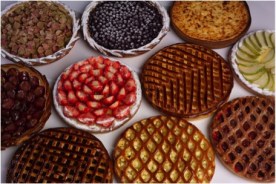 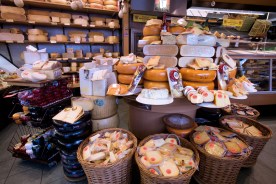 The Dutch: The company of Dutch people were just that, a company. There sole purpose in India was to expand their business, even if that meant ruling the country. They established their base in India in the year 1602. One group came via Java, Sumatra, Mansulipatnam, and the other group came in through Chittagong and other port cities of Bengal. Their direct rivalry was with the Portugese and they settled in all the places that the Dutch had settled down and some more.

They bought in extensive usage of meat in Bengali Platter once again. Platters like baked fish and vegetables and marinated food were reinforced by Dutch people along with the extensive use of potatoes were re invented by the people of Bengal. Dutch were also the first ones to introduce the ‘stew’ or what we call a ‘jhol’ today. Although my firm belief is that we the Bangalis wouldn’t have waited for the Dutch till 1602 to learn the wonder of jhol. With water and fish being present in abundance here the point of a workable ‘jhol’ would have been driven home, long back.

For 4 Summer Perfect recipes which are simply yumm, click on to: https://travellingwingsblog.wordpress.com/2016/05/27/stew-or-jhol-4-recipes-from-grandmas-kitchen

3 Responses to Stew or Jhol- The Bangali way to a healthy summer.