Deprecated: Function split() is deprecated in /home/travellingwings/public_html/wp-content/plugins/wordpress-hit-counter/image.php on line 66
 Cuisines of Kashmir- Kahwa and other tea. | Travelling Wings

Cuisines of Kashmir- Kahwa and other tea. 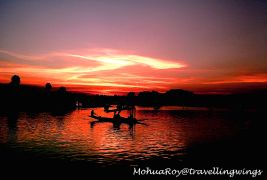 My first introduction to the  Kashmiri Cuisine was through the words of passionate Kashmiris who vouched that they had the best platters in the whole world. Of course I always take such blatant statements with a pinch of salt and here I put a dash of pepper too. But then I was in for a surprise, mild one but a surprise nonetheless.

Well my tryst with Kashmiri cuisine began with the first cuppa of Kahwa (often pronounced as Kehwa by the locals). Wonderful value addition to our herbal tea, as it is made with strands of kesar( Zafran or Saffron), green tea leaves, cinnamon ,cardamom pods with sugar or honey as sweeteners and to top it all garnished with crushed almond ,walnuts or pistachios. The concoction is just the right recipe for the cold snow filled chilly winter days as it warms up the body and energizes. So we were served hot Kehwa from a Samovar, a container with a base chamber used as a heating device with burning coal and a middle chamber with the concoction, bubbling with warmth and life ( That’s going a bit over, I guess ) .Refreshing? Yes. Tasty? yes. Would you like another cup? Definitely. One of the best herbal teas I have ever tasted (considering some of them insult the word ‘tea’) 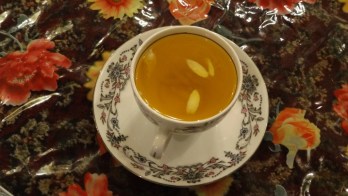 Well that was on our way to Anantnag on a mildly cold winter day. Now, Kahwa can be sipped with delicious kulchas, fresh baked from old ovens which runs on coal (some say traditional way makes them crispier, but I beg to disagree).

The Arabic word qahwah  may have been the root for kahwah or kehwa. However, whereas qahwah is used for coffee beans, kahwa is an aromatic green tea beverage.

Even though exact origins of kehwa are still unclear, most Kashmiris believe that the aromatic traditional drink kehwa dates back to times immemorial and has been a part of local consumption for ages. Certain sources also trace the origins of the drink to the Yarkand Valley in the Xinjiang area (which, with Kashmir, was part of the Kushan Empire during the 1st and 2nd centuries AD). It is likely that use of kehwa and its spread from one region to another was facilitated and popularised in these regions during Kushan rule. Interesting isn’t it?

Another concoction which caught my fancy was their Noon Chai. Well we may balk at the thought of tea with milk and salt added to it. But when I tasted it (of course keeping my safety in mind), I quite liked the tinge of salt in the chai. This tea is made with green tea leaves with milk added later and dash of salt before letting it brew for some time.  Now the right way to drink Noon Chai is with Kulchas (something like a mathri of U.P or Bihar). But I was taught how this combination is often taken as a breakfast or pre-breakfast snack. The Kulcha is broken into pieces and put into the chai in the cup. As the kulchas soak the chai up, it fluffs up in the cup. The trick is to eat this semi liquid mixture with a spoon. Well I took a portion and my lunch had to be postponed for 2 hours. This fills up the stomach like anything. In extreme cold climate of the valley, this often serve as their breakfast. 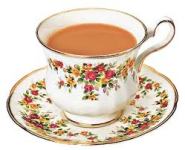 And then there is Lipton. I was left wondering if the company is the only one supplying tea in the valley as far as tea, I mean  thrice boiled- age old- milky- sugary tea is  concerned. Well the company has definitely earned its reputation there because any brand of tea which gives dark brew and can be made with milk-the Punjabi way is called Lipton.

Well that is about the beverages available. Now I would like you to take a tour of their bakery products.

10 Responses to Cuisines of Kashmir- Kahwa and other tea.