Ladakh- The story of bare mountains.

Posted on September 13, 2015 by Travelling Wings

The road trip to Leh city from Kargil is out of the medieval fairy stories. The road, which is very well constructed with the clear serene sky and hills and hillocks with different shades of green vegetation bordering them, are a sight to behold. Then suddenly, as we course down the route and cross Lamayaru Monastery, the land turns completely barren with little greenery scattered sparsely over the terrain. Then it is left completely empty and only stretches of colorful mountains can be seen for miles together till we reach Leh City.

The sight of this curious geographic design intrigued my inquisition and I asked our friend philosopher and guide-our driver, what was the reason for this barren yet beautiful land. And he told us this: 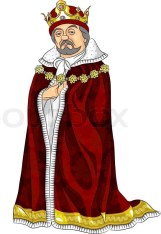 The king is sad.

Many many years ago, the king of mountains Norbu(let me name him  to avoid any confusion) was sad. He had spent many years being a good king. He had pleased the Gods and had looked after his subjects like a father and had run the country with an iron discipline. His subjects in return did not spend a day without  prayers for his well-being and good fortune.

But he was sad. He now wanted a queen but he couldn’t choose anyone or rather find anyone suitable to understand his duties. He wanted to marry a girl who would always love him and worship his duties.

His family and his subjects knew that he was looking for a suitable girl for him. But he didn’t like any one of their proposals. There had been 7,089 proposals to this date but nothing had taken shape.The minister had a special proposal up his sleeves. The 7,090 one. You see, he needed a happy king to rule the kingdom. So he wanted to meet the king privately and it was then that he whispered this to him:

“I have a girl in my mind”, he said. “She will be suitable for you. I think you should have a look.” He took out a scroll and spread it before the king the details of her lineage. It was a long scroll and the king was tired. He told the minister to proceed. 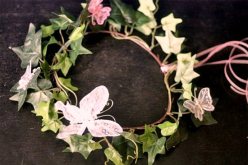 The butterfly crown ( To set the record straight)

The date was fixed and the girl’s father came to visit King Norbu. The father was actually the king of the forests. He came to visit the mountain king in all his grandeur. The road to the palace was lined up with first the fruit trees, then the medicinal plants and to end it all there were flower trees. The king of the forest rode in his green chariot with his crown of flying butterflies decorating his head. The song birds began their orchestra as the king of the mountains entered the palace. King Norbu was also waiting to receive his esteemed guest.

It was all settled. The marriage would take place on the fifth day of the month of fall. They would not wait for the winter because the snow and the ice slits may harm the forests. The only condition that the king of forest laid before Norbu, was that his daughter would bring trees to make the mountains more beautiful as her dowry. She was used to living with lovely greenery around her, right from her birth. The trees which already existed in the mountains were also feeling lonely and didn’t look too happily green, so they would also have a lovely company. 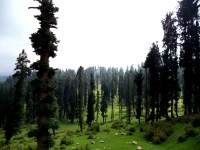 The dowry of the queen.

The years went by and the king and queen ruled happily. They were so well suited and loving to each other. There was only one problem though; the queen could not bear children. The land needed its future king.

The medicine plants, the medicine man, the grandmothers’ tricks and magic potions, they had all failed in their attempt to bring an offspring in the royal couples life. It has been 7 years of their marital life, yet no results. Nine ministers had a special meeting on this issue after they had discussed crime, corruption and natural calamities. There was only one answer, but all were scared how the queen would react.

The King needed to marry again.

That night the king held the queen in his arms. The queen looked up to him with her lovely eyes, the moon shone on her face and she brought her lips near his lips.

“Wait”, he rasped out. “I have something to tell you”. He got up from the bed and came back again. The queen frowned.‘What was disturbing my King tonight?’ she thought. He sat again and took her hands in his hand.

“This is not me, but my ministers who feel this way”. He swallowed twice. She looked steadily in his eyes.

They say I need to marry again. No, please don’t get me wrong. The kingdom needs an heir and so this seems to be the only solution. Don’t worry please. You will always be my first priority. I will always love you. I’ll need you to be by my side and be a mother to our subjects. Please, don’t look at me like that.” He stopped to take a breath.

She looked quietly at him and then looked away, at the mountains. It was spring again and the hills looked so colorfully bright.

“Say something dear. Why are you so quiet?”

She looked at him and smiled. Then touched his cheek, his eyes and his hair. She brought her lips near to his and kissed him with all her love. That night they made love as never before. They had only each other and no one else. Then they slept.

The king woke up with a headache and felt very thirsty. He searched for the water jug but couldn’t find it in its place. He woke up fully and looked around. There was no one in the room. Where was the queen? Where had she gone?

He ran to the window and called to the guards. It was then that the mountains caught his attention. They were bare, totally,completely. They all looked white and yellow and brown. He ran wildly downstairs to his courtroom. The ministers were all lined up and silent. As he descended the stairs no one looked up.

“Anyone here knows what happened?” he asked.

The Chief Minister tweaked his plaited beard, “Ah! The queen left. She left this morning”.

She left with her dowry. The trees. He looked at the king then to gauge his reaction and looked down again.

“Hm. What happened to the old trees that we had?”

“Ah! They too left. They had already entered into different relations with the new trees and said they won’t be able to live without their mates. So they left too along with their children”.

The king looked mutely at them and then slowly walked up the stairs again.

Since that day the mountains were left barren still waiting for the queen to return and  vegetate the empty land with some greenery.

2 Responses to Ladakh- The story of bare mountains.