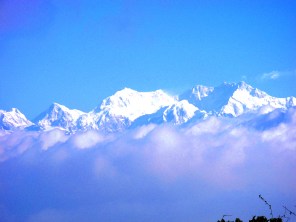 Varshey Rhododendron Sanctuary: Locally called ‘Barshey’ has a trek of 4km inside the 104 km spreadout sanctuary in  Singalila range of West Sikkim. This sanctuary shares a natural border with Nepal and West Bengal. The sanctuary itself has approach roads from three points: Dentam, Soreng, Hilley. The 4km trek is from Hilley which is approachable by road and then the adventurous an quiet trek through flora and faunas. 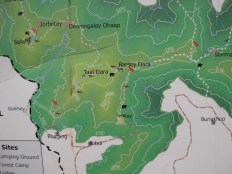 Best Time to Visit: March to May and October to December

Getting There: To reach the park, one first drives 160 km from Gangtok via Namchi upto Hilley. However this route is a bit longer than the other most favoured route ,which is from New Jalpaiguri, via Jorthang and Sombaria to Hilley (information courtsey Korak).From Hilley, it is four-kilometer trek. Sombaria, which lies about 25 km before the road ends at Hilley, is the last major town. The sanctuary is west of National Highway 31A and Namchi is connected to the National Highway by state roads.

Here are some pics of the same from our guest photoblogger : Korak Basu. 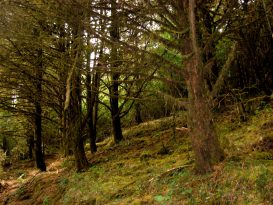 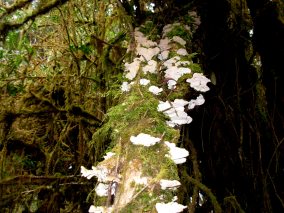 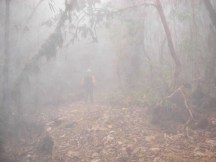 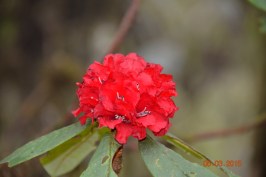 Red Guras (Guras is the local name of Rhododendron) 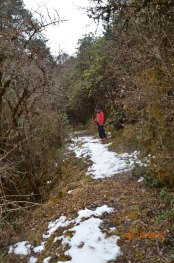 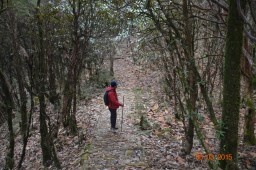 Korak Basu: Travel Bug, Creative Orator of eminence in Kolkata, would always spread his wings whenver he gets a chance. He loves to know new people, places and is a foodie. He loves beauty and finds its quiet presence in nature and people whenever he goes for his trips. Loves photography and is click happy. The pictures here are nature at its best at Varshey.

He says: I got an opportunity to go on this amazing route courtesy the holidays during Holi this year. The hills become a riot of colours during March- April and we were fortunate enough to get a glimpse of it. The beautiful gravel-laden path from Hilley twists and turns in a leisurely uphill mode with trees of various shapes and sizes on either side. We found various types of Rhododendron on the way- it was a treat for the eyes. Rhododendron is locally called ‘Guras’

Guras Kunj Trekker’s Hut is a reliable option to stay at Varsey. Alternately, one can stay in Hilley also. Only the basic amenities are available here, but what you require at the end of day after some intense trekking, bird watching and solitude hunting is a warm bed and hot food- you will get that in these places.

On a clear morning, the entire Kanchenjunga range is visible from Varsey- it is as close as you will feel it within touching distance. If you are staying at Varsey, make sure that you take a trek to Guras Tal, another 5 km trek from Varsey. Though ‘Tal’ means lake, there is no such lake in Guras Tal, however the route is amazing. It is more of a view point.  It’s a full day trek as the road is quite uphill.

This route is through a jungle with ancient trees, some of them have fallen on the floor and blocked the way forward. The flora and fauna of the place is delightful. The jungle floor is full of dead leaves that make it difficult to even hear your own footsteps. The trees are laden with moss and ferns giving them a pre-historic look.  As we started our trek, a small water hole, that’s remains dry mostly, along with a salt lick would come on the way – this place is frequented by wild animals mostly during night.  Enjoy the sound of silence along the trek. If you are lucky, you may find snow on the way, as we did. 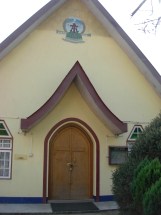 Sombaray, a small town on the way to Hilley boasts of a Church that was established in 1880. 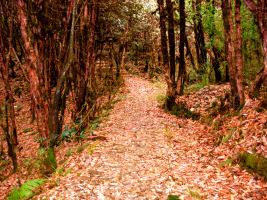 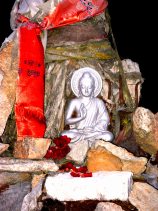 4 Responses to Varshey: The Rhododendron trail.