Deprecated: Function split() is deprecated in /home/travellingwings/public_html/wp-content/plugins/wordpress-hit-counter/image.php on line 66
 The land of the clouds: Meghalaya | Travelling Wings

The land of the clouds: Meghalaya

(Abheek is a travel buff. He has practically gone across India and the world too. He is attached to his prized camera and does extensive photo-shoots. He works in Govt.Sect Undertaking Organisation and is a passionate traveller.) 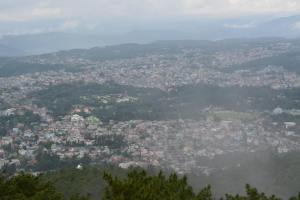 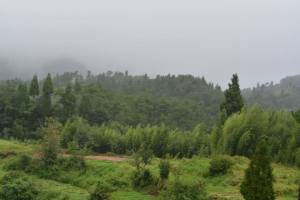 15th August, 2014, on the very Independence Day of India, me with 2 of my friends from graduation-class set out on a long-planned trip ,to the relatively unexplored part of the country, the North-east …precisely, Meghalaya. Though we took our flights from Kolkata to Guwahati &back, our real destination were the misty mountains of Cherrapunji & Shillong . In fact, we had deliberately chose the most rain-soaked parts of the country , that too in peak monsoon, so that we could see the torrential Meghalayan rainfall in its fullest form. Before we started our hilly ride, we had a night-halt at a hotel near Guwahati Railway Station, which also included an evening sight-seeing session in the city of Guwahati. 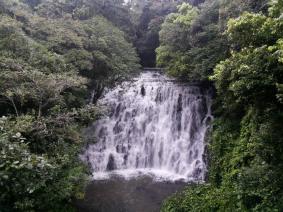 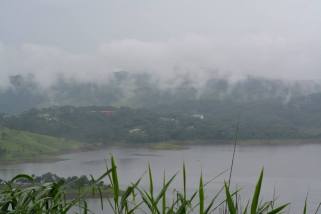 While strolling lazily along the banks of the Bhrahmaputra, we observed to our amazement, how the term ‘virgin’ / ‘unexplored’ is applicable to not just the natural beauty of North-east India, but also to the city-life of the place, as Guwahati , even though being a state-capital ,having the eastern-most airport of India ,thus serving as a gateway to the North-east for the outer world, is devoid of modern state-of-the-art shopping malls/multiplexes& other such amenities. However, what the city has is an old-world charm , emanating from the lakes, parks, playgrounds & crowded public transport. The next day, early morning we set out for Meghalaya. We had decided to stay in Shillong, the capital of Meghalaya & from there we would visit Cherrapunji ,& other places around. 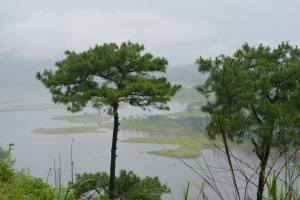 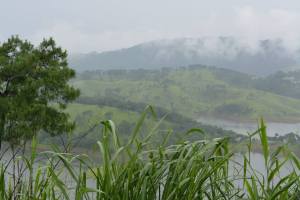 We had gone in the month of August, so invariably, it was raining incessantly, &wearing a raincoat became almost a fashion-statement as you couldn’t take them off even when posing for photos. But, apart from the regular rainfall, there were some stunning waterfalls as well in & around the state , including the “Elephant Falls” which we visited, which due to the heavy downpour, were literally overflowing ,like a river during high-tide.

We were feeling satisfied at our timing of the trip as we could experience the most rain-infested part of the country in the very rainy-season itself, though visiting “Mosingram” , the place known for recording the highest rainfall in the world , was out of question amidst such severe rainfall. But our cause of agony became the intense fog which made visibility level almost zero at times & we missed out on making the most of view-points like the Indo-Bangladesh-border view-point. We also visited “Mawlynnong” , hailed as the cleanest village of Asia, the living root-bridge in Cherrapunji and Shillong Peak, located within an air-force township which provides a panoramic view of the city of Shillong. 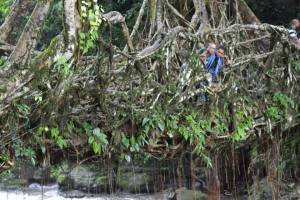 Post all our day-long travelling , we roamed in the city itself , at Center point in particular, which ,as the name suggests, is the central square of the city accommodating all the big restaurants, shops & also a cinema-hall, akin to the Darjeeling-mall.

While boarding our flight from Guwahati back to Kolkata, we could figure out what made the North-east India so special…it is the people there, who, though deprived of most modern facilities that the rest of India enjoys, are perfectly happy with themselves ,in their own world,  which shows on their innocent faces, warm gestures & intoxicating smiles.

This entry was posted in Travel Log. Bookmark the permalink.

0 Responses to The land of the clouds: Meghalaya