When I travel far and wide,

I have wonder in my eyes

My footsteps echo in the green

In mountains, meadows and the hills.

My journey into the land of God’s, began with a day spent in Ernakulam, but  a day’s visit to Fort Kochi left me wishing for a repeat visit to this quaint little port town. We traveled by car for an hour and a half to reach Fort Kochi.At a glance the town looked something out of a story book. The beautiful two-storied houses, paved roads flanked with book shops, coffee shops, gift shops, shops selling accessories on both sides. Looked perfectly set in some Spanish city except for the coconut and the palm trees. 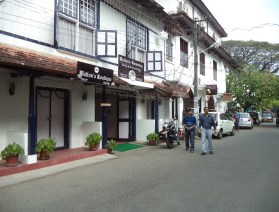 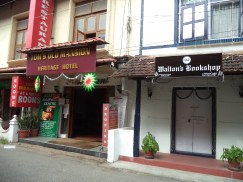 Fort Kochi- the quite streets

The houses are mostly guest houses or made into hotels. The odd excuse that our tour operators gave us for not putting us up in any hotels in Fort Kochi was, ‘Only phorenars stay here’. It was good to know that to get beautiful accommodation in your own country you are wholly supported if you happen to be a phorener. I took a walk in the boulevard and was highly tempted to go inside the eateries and the hotels.So did some photo shoots. 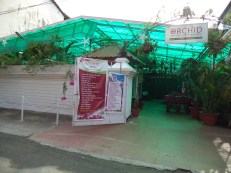 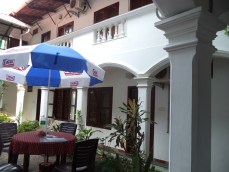 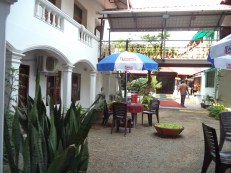 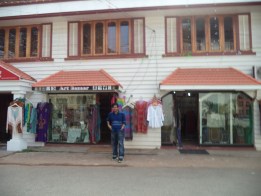 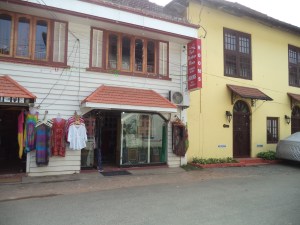 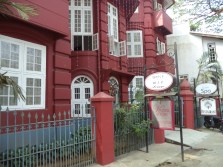 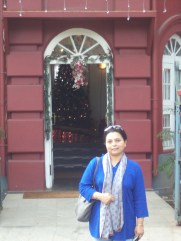 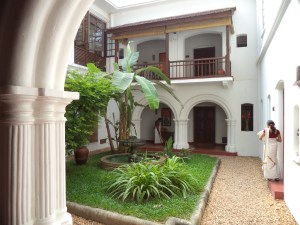 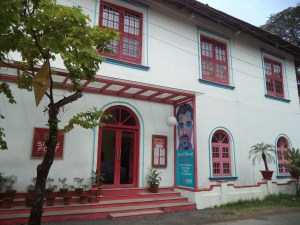 The roads lead to the bay area, where there is a fresh fish market and the entire area is engaged in fishing. I spotted huge Chinese nets which stood poised for fishing activities. There was this beautiful Chateau, which once was a manor and is now turned into a hotel and I had to click the curious decor that they displayed. But again it turned out to be for the phoreners. 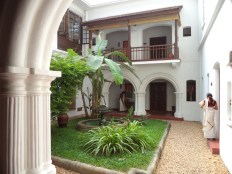 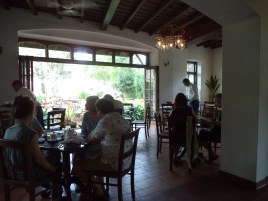 The beautiful ambience in each of the hotels just beckons you to spend some time in  tranquility there. For all those who would like to visit this small town in future make sure you get accommodation here for at least a night stay. 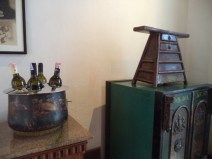 History:   Kochi was a fishing village in the Kingdom of Kochi in the pre-colonial Kerala. The territory that would be later known as Fort Kochi was granted to the Portuguese in 1503 by the Rajah of Kochi, after the forces of Afonso de Albuquerque helped him fighting the forces of Saamoothiri of Kozhikode. The Rajah also gave them permission to build Fort Emmanuel near the waterfront to protect their commercial interests. The first part of the name Fort Kochi comes from this fort, which the Dutch later destroyed. The Portuguese built their settlement behind the fort, including a wooden church, which was rebuilt in 1516 as a permanent structure, today known as the St Francis Church. Fort Kochi remained in Portuguese possession for 160 years. In 1683 the Dutch captured the territory from the Portuguese, destroyed many Portuguese institutions, particularly Catholic including convents. The Dutch held Fort Kochi in their possession for 112 years until 1795, when the British took control by defeating the Dutch. Foreign control of Fort Kochi ended in 1947 with the Indian independence. (source:wikipedia).Some of the places you must visit: 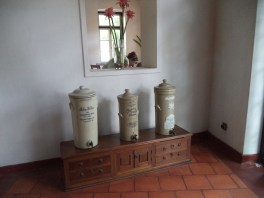 As the local population there is predominantly Christians, the bakeries and the churches were brightly lit and well decorated for Christmas. I had a wonderful treat of freshly baked cake and coffee in one of the local bakeries.

Last but not the least ,if a beautiful little town has this as a roadside notice ,I will like to stay there forever. For those who visit Kerala, a night stay at Fort Kochi is highly recommended in one of these manor turned hotels. 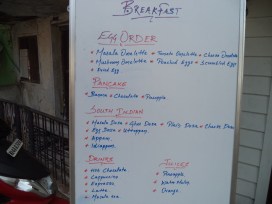